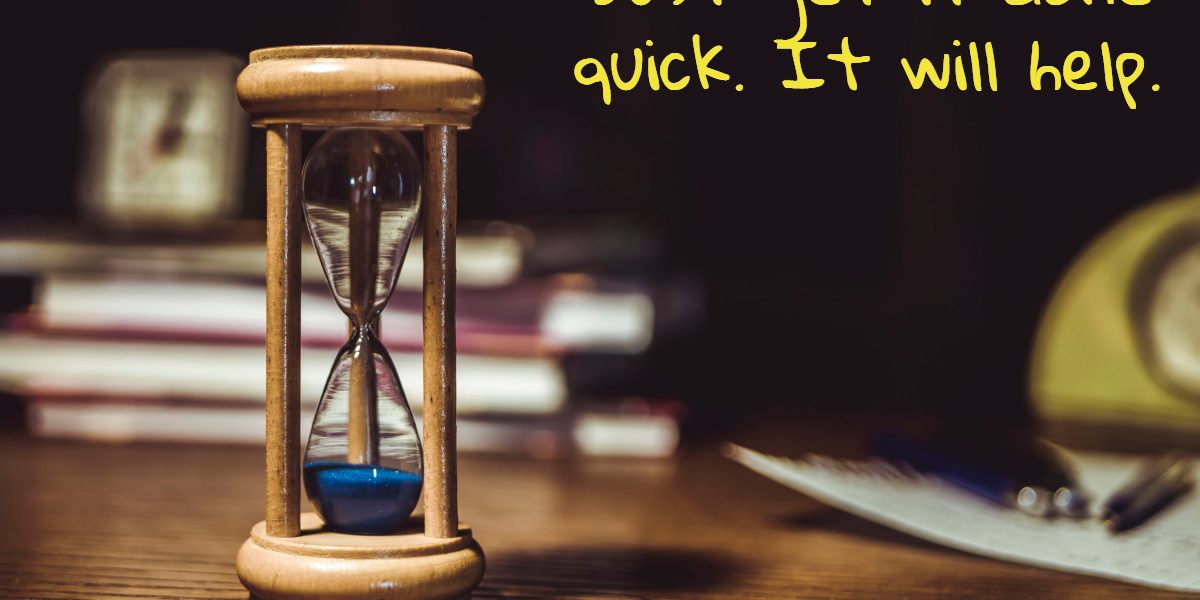 We’re all busy people. Mostly we’re rushing around trying to get more done in less time. Do you recognise that? We generally focus on one thing, then the moment is gone and we move on to focus on something different.

What we don’t want then is hassle. Having to revisit things. Checking up. Chasing up. Ideally we simply want to get things done and move on to something else. As a result it helps when other people work to the same philosophy.

Customer service excellence then is about doing something once asked, ONCE, and then doing it speedily while the customer is still focused on it.

I was prompted to write this by an experience I had recently with a financial services company. Not one of the big banks but instead a much smaller company who operates in stocks and shares. I e-mailed them through their website late on a Friday with an enquiry. There were 2 parts to it. One part I considered to be fairly routine, but it needed a conversation to explain what I was after. The second part was a real ‘out of the box’ kind of request, that I knew they wouldn’t have a process for. “Oh and by the way can I have those numbers back over the last 10 years or so?” was going to be my request.

I was truly impressed. First I got a call back by about 9:30 the next working day. Perfect. The lady I spoke to was friendly and definitely helpful. She sorted out the first bit of my enquiry there and then. The second bit required some analysis which she did later that day. I received what I’d asked for the following day by post. Great. And she’d even gone to the trouble of marking with a highlighter pen the bits of information I needed within the table of numbers.

Customer service excellence, I was reminded is about ;

And the other thing then is that doing things speedily means you’re not cluttering up your system, or your brain with things “I must do.”