How to make the most of call recordings 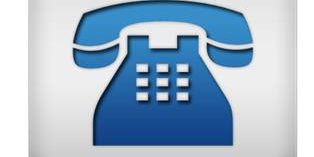 Recorded calls. A growing number of companies who make outbound sales calls to customers and prospects now record calls. Great idea. Some of this is for security of course, especially if you’re trying to get customers to make commitments over the phone. The other key reason is for training purposes.  However we’re increasingly asked to support clients with training work including elements of call recordings.

It is important to have a selection of calls listened to by someone outside the organisation as they will approach it objectively, unaware of the personalities involved.

Our training programmes based around these calls will usually feature elements of generic training which typically includes such topics as ;

It is good to also include some recorded calls as part of the process so that individuals can personally identify with their own calls, their communication style and their sales technique. And given that we are all our own harshest critics it works well provided the training is run in a way which allows the individuals to reach their own conclusions. They must be given the opportunity to feed this back to the group based on their own observations. This is so much more powerful than the trainer doing it.

And if you’re running some of these sessions in-house yourself, don’t ever start with the time honoured phrase “Ok, now listen to this call of yours and then tell me what you did wrong.” Never, ever! This is utterly negative and judgemental and the poor ‘victim’ hasn’t even heard the call yet.

To Market training works with companies and organisations across the UK, but extensively in Leicester, Northampton, Corby, Kettering, Wellingborough, Oadby, Loughborough, Coalville, Cambridge, Newmarket, Milton Keynes, Birmingham, Coventry, Solihull, Lichfield, Leamington Spa, Kenilworth, Oakham, Derby and Nottingham as well as wider parts of Northamptonshire, Leicestershire and the West Midlands. Call us on 01858 461148 to discuss any training ideas or requirements you may have.